Failing at Love? Maybe It is Time for Dating Classes

In South Korea, college-level dating classes are proliferating. Yes, there will be a quiz.

“You have nice skin,” she told him, despite a reddish complexion suggesting otherwise. The young man cracked a wide grin. “I’ve never been told that before,” he said. 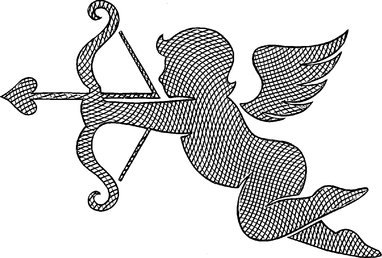 Ms. Lee wasn’t hoping for a date—she was gunning for grades at Dongguk University’s “An Introduction to Dating.” The course, one of several dozen now offered at South Korean universities, teaches the basics of love in a country that’s convinced more schooling can solve many of life’s problems.

What she told her classmate “was a total lie, but no big deal,” Ms. Lee says. “It worked!” 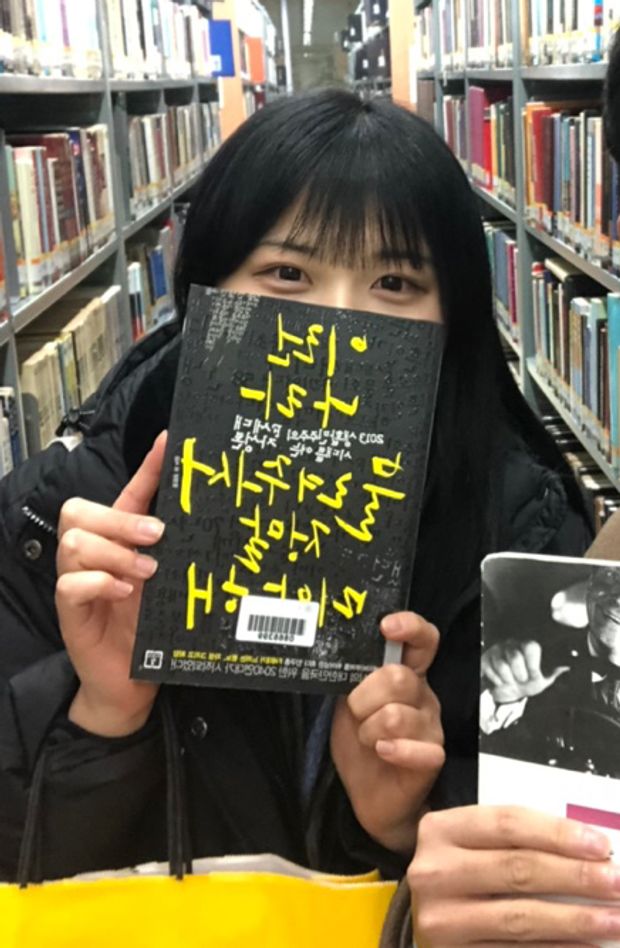 Lee In-ji went to the university library on a fake date required for a course called "An Introduction to Dating." Photo: Lee In-ji

The world isn’t lacking in romantic advice, judging by the covers of magazines, online matchmaking services and “pick-up artist” boot camps taught by self-proclaimed experts. Grades-obsessed South Korea has added a new twist by making the exercise literally academic, down to professors, grades, college credits—and, yes, the risk of flunking.

Final exams pose questions like “How long does the feeling of love last?” and “What part of the brain produces dopamine?” (Answers: 900 days and the hypothalamus.)

Some of the dating lessons have slotted into stodgy sociology courses. Other universities have created or adapted courses to focus more on romance. The classes often fill up in seconds—or less.

Registration for Heo Chang-duk’s dating course last semester was over in “less than a second,” says Mr. Heo, a sociology professor at Yeungnam University in Gyeongsan. He gasped when he walked into his lecture hall and saw it packed with 250 students, more than three times the seating capacity.

“Love is everywhere,” said Mr. Heo, the author of a 330-page textbook called the “Social Psychology of Love.” In class, he doles out bonus points during exercises for laughing and making good eye contact.

A by-the-book approach to romance makes sense to South Koreans who spend much of their youth in classrooms. Even after the school day ends, most shuttle off to private institutes, called hagwons, to take additional classes until 10 p.m. Most top Korean companies require potential hires to take and pass tests before they can even apply.

So are young Koreans bad at dating? Yes, and the education obsession is a big reason, argues Lee Myung-gil, a 39-year-old dating coach who charges $275 for an hour’s consultation. Many of his fresh-faced clients lack the ability to walk up to a person they like and express their feelings. “It’s no surprise those kids have no sense at all about dating when they go to college,” Mr. Lee says. 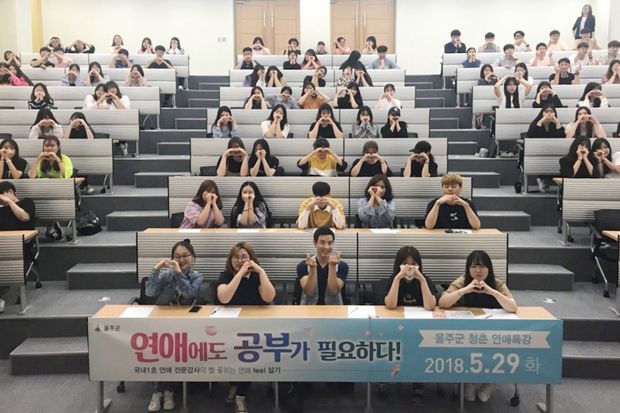 It’s an issue that’s got officialdom heartbroken, too. South Korea’s marriage rate has sunk to 45-year lows, and its birth rate ranks last among developed countries, even though the government has spent $137 billion over the past 13 years offering low-interest home loans to newlyweds and cash payments to new parents. Some believe university-level coaching could finally unleash Cupid’s arrow.

Classes delve into the finer points of chatting with a crush. After those initial lessons, students are assigned to go on fake dates with classmates, paired up by lottery or similar interests.

Sejong University in Seoul dictates that the fake dates last four hours. Chungang University, also in Seoul, limits spending to 10,000 won, or about $9. Many schools demand the use of pedometers and selfies to verify the dates took place.

Jeong Hoon, a junior at Seoul’s Chungang University majoring in business, says a course cured his inability to express his feelings. But the fake date—which he went on with his real-life girlfriend, who also took the class—was a bummer because of the tight budget. They went to the royal palace, admission free, and munched on inexpensive spicy rice cakes. “It was the cheapest date I’d ever been on,” he says.

Textbook love can produce fairytale endings. Lee Jun-hee, a 21-year-old at Korea Aerospace University in Goyang, took a dating class at a Seoul college on a university-credit exchange. On the first day, after making the one-hour commute, she frowned. “They were all so ugly,” she says.

No matter. The knowhow and confidence she learned gave Ms. Lee the nerve to finally ask out her longtime crush at Korea Aerospace, and he is now her boyfriend. “The class became a practice session for me,” she says. 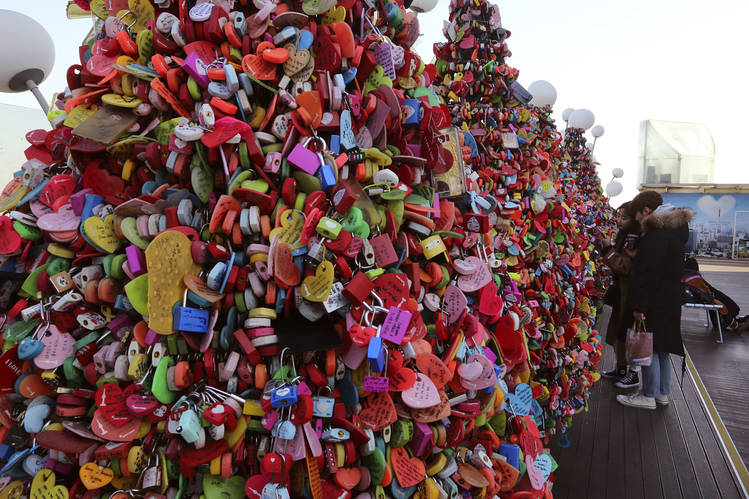 Students can flunk the dating courses through low test scores, failure to turn in papers chronicling their fake dates, or missing too many classes. Others willingly retake a course after a breakup or in pursuit of ongoing relationship advice.

Kim Keum-mi, who teaches a “Psychology of Love” course at Sungkyunkwan University in Seoul, tells students too much sacrifice can signal a lack of mutual respect in a relationship. “It’s great when students break up after they have taken my class. That means I’ve done a good job of teaching them what dating actually is,” Ms. Kim says. “It’s not all about loving.”

When students tell Ms. Kim about their newly single status, she says, she always replies, “Way to go!”

To develop the curriculum for a dating course, Bae Jung-won at Cha University in Pocheon watches Korean reality TV shows that she says reveal “evolutionary psychology” at work, and weaves in bits culled from conversations students and ex-students seeking relationship help.

“In class we discuss topics like ‘What do you think of premarital purity?’ and ‘What will you do if your boyfriend or girlfriend was cheating on you?’ ” Ms. Bae says. “I treat the students as if they were my own children.”

Academic all-stars, though, have found the dating courses may be divorced from reality. On a fake coffee date, Jeong Hyun-seok, a 24-year-old student at Dongguk, stuck to what he had learned in class, point by point. He listened intently. He asked followups.

Then, signs of trouble: His female classmate started rolling her eyes.

“I aced the test, but that got me nowhere near a girlfriend,” Mr. Jeong says. 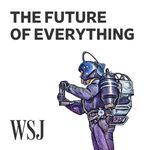 Machine Love: Dating in the Digital Age
Algorithms are the new matchmakers. Apps have turned dating into a game. And unlimited options have confounded digitally savvy singles. We spoke to the technologists and social scientists reshaping romantic connection.