The UN’s children’s agency has admitted shortcomings in its humanitarian support to children who allege that they were raped and sexually abused by French peacekeepers in Central African Republic.

A statement by Unicef Netherlands is the first public acknowledgement of the agency’s recent failure to provide support to some of the victims of alleged abuse by peacekeepers in the African nation. It comes as the aid sector and the UN face increasing scrutiny for their failings in managing internal sexual misconduct by their own staff.

Unicef was given the task of overseeing the support for children who said they had been abused by peacekeepers.

But in March last year, an award-winning investigation by Swedish Television’s Uppdrag Granskning (Mission Investigate) revealed that some of the children supposedly in the UN’s care were homeless, out of school and forced to make a living on the streets, despite UN assurances that they would be protected. Unicef’s representative in CAR told the programme that the children were in the agency’s assistance programme for minors and were being supported. He said he was not aware that some were on the streets.

But earlier this month – ahead of a Dutch screening of the programme – Unicef Netherlands admitted to the Dutch television programme Zembla that Unicef had failed in its duty to help some of the alleged victims. But it said that since the programme had first aired, it had taken steps to locate the children featured in the programme and provide them with support.

Marieke van Santen, of Zembla, said she found the Swedish film “astonishing” because the children who were interviewed were known to Unicef, yet they were not being cared for.

Van Santen said: “It is quite shocking to realise that not only once but twice UN agencies have failed to help these victims.” 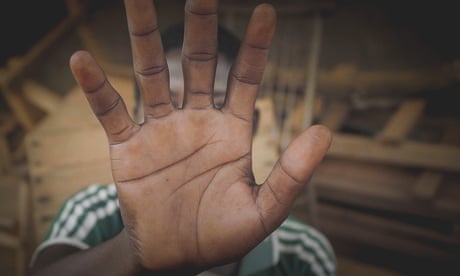 Broken promises for the children of Bangui abused by peacekeepers

The statement from Unicef Netherlands was welcomed by Karin Mattisson, a reporter for Mission Investigate. “I hope it makes a difference to the children and gives them strength. They have said they were failed,” said Mattisson.

Several boys who testified to having been sexually assaulted by French soldiers were living rough, Mattisson found, while a girl, who became pregnant at the age of 14 by a Congolese peacekeeper and had later found out she was HIV-positive, was out of school looking after her baby. Another boy, aged eight, who was too traumatised to be interviewed, was in an orphanage.

“I hope they live up to this statement,” she said. “When we investigated the UN and Unicef it was a long journey into their culture of silence.”

Some of the children Mattisson spoke to had given evidence to officials investigating reports of abuse by the French Sangaris peacekeeping force, which was not part of the UN peacekeeping mission, but under UN security council control. Since then, however, other cases of alleged sexual abuse and exploitation by UN peacekeepers have emerged.

The agency first came under fire for its failure to care for the child victims of alleged abuse in CAR in 2015. An independent panel, which found the UN’s failure to respond to allegations that French peacekeepers sexually abused children in the country amounted to “gross institutional failure” . It also said Unicef and human rights staff in CAR had failed to ensure the children received medical attention and humanitarian aid and “failed to take steps to protect other victims”. Unicef responded by saying it “deeply regretted” the failings. 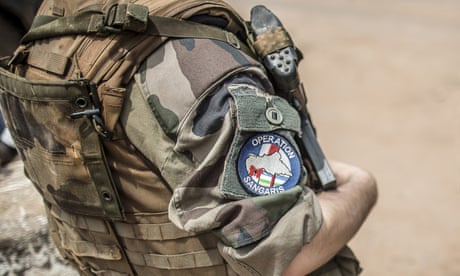 Before airing the film in the Netherlands, Zembla said it wanted to know if the agency had instigated any changes. “We wanted to understand that, and we also wanted to know what happened after the documentary,” said Van Santen.

The Unicef Netherlands statement, issued to Zembla, said: “First of all: it is horrible what happened in the Central African Republic. Children should never be the victim of abuse, violence and exploitation. It is terrible that this happened and that relief was not enough.”

It said that since March it had “tightened up” sexual abuse reporting and intensified efforts to provide support to victims of sexual exploitation, including medical, psychosocial support and help with food and education. It stressed the “difficult circumstances” of working in CAR, a country of extreme poverty and excessive violence, which has been involved in a long civil war.

“As the largest organisation that provides help to children here, we have a big responsibility. We must continuously watch to do our work as well as possible.”

A statement by Unicef’s HQ said it had followed up with the cases exposed by the Swedish documentary, and provided assistance “where appropriate”.