EXCLUSIVE: Surveillance footage shows one of President Obama's senior staff (who were mostly sex perverts) stalking woman and taking pictures up her skirt with his cell phone

By WILLS ROBINSON FOR DAILYMAIL.COM

Surveillance footage exclusively obtained by DailyMail.com shows one of President Obama’s senior officials following a woman around a DC Metro station and taking a picture up her skirt with his cell phone.

William Mendoza was caught on security cameras carrying out the vile act while he was executive director of the White House Initiative on American Indian and Alaska Native Education.

As a result of his actions, the married father pleaded guilty to attempted voyeurism and resigned from his $140,000-a-year Department of Education post in Obama’s White House.

His arrest and conviction were never made public until DailyMail.com acquired the report of the investigation and the footage through a Freedom of Information Act request.

The parts of the video are not in chronological order.

The first clip shows Mendoza following the woman wearing a jean skirt across the ticket hall and onto the escalator at the Union Station Metro with his cell phone in his hand. 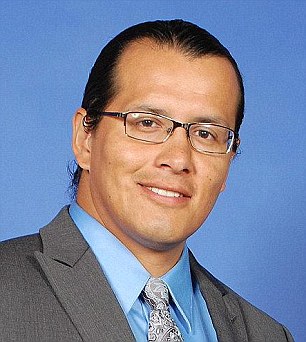 Mendoza's arrest and conviction were never made public until DailyMail.com acquired the report of the investigation and the security camera footage through a Freedom of Information Act request

The second shows him closely trailing the same woman along the platform after disembarking a train.

The third shows Mendoza waiting at the turnstiles and entering the ticketed area at the same time as the woman.

The fourth shows him walking across the ticket hall, taking his phone out of his pocket and turning it on.

In the far left of the shot you can see him getting closer to the woman on the escalator, bending down and the light on his cell phone turning on.

You can then see the flash from the camera as he takes the photo.

In the final part of the video you can see Mendoza following the woman on the platform from another angle.

Mendoza was arrested and charged in November 2016 after the woman, as well as three others, complained about his behavior cops.

He pleaded guilty to a charge of attempted voyeurism in January 2017, was given suspended 90-day prison sentence, one year’s probation and was fined $100. He has not worked in public office since stepping down.

DailyMail.com contacted his lawyer Paul Kiyonaga for comment, but he did not respond. 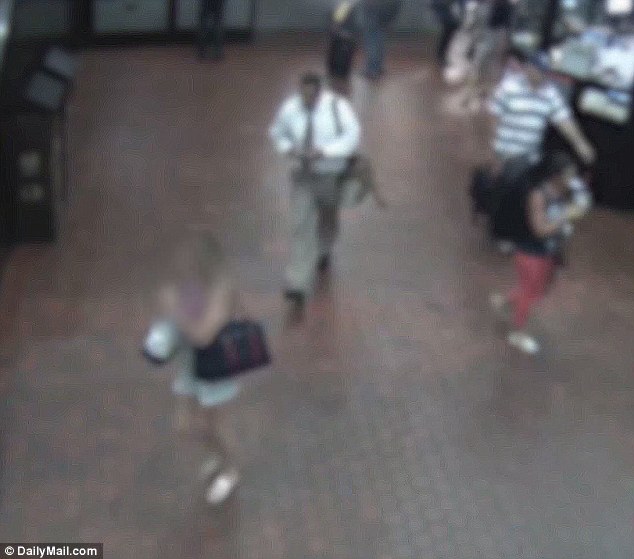 Surveillance footage exclusively obtained by DailyMail.com shows one of President Obama’s senior officials, William Mendoza, following a woman around a DC Metro station before taking a picture up her skirt. He is seen here, in the white shirt and tie, behind the woman in a skirt with his phone out. The video has been blurred to protect her identity 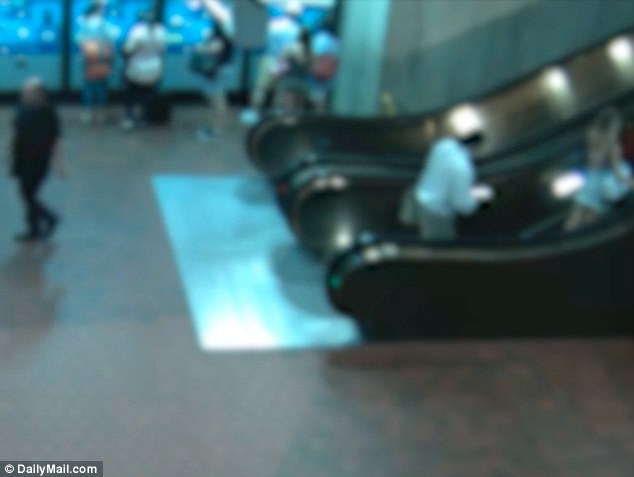 Mendoza was caught on camera carrying out the vile act while he was executive director of the White House Initiative on American Indian and Alaska Native Education. He is seen behind the woman on the escalator at the station with the light on his cell phone on

In a previous story about Mendoza's conduct, Kiyonaga told DailyMail.com that the he received treatment after his conviction and is now trying to move on with his life away from public office.

According to Department of Education documents, Mendoza tried to take photos and videos up women's skirts at least four times on his government-issued iPhones in July 2016 without their consent.

He was also allegedly caught looking at footage, apparently filmed in secret, of a woman in her underwear getting changed in a dressing room. It is not known if he recorded the video himself.

When he took the indecent photos, he was supposed to be at work and was using a travel card funded by the taxpayer, according to the documents obtained by DailyMail.com through a Freedom of Information Act request. 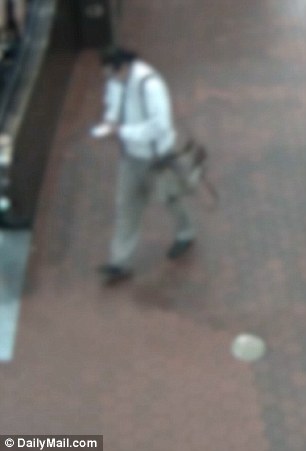 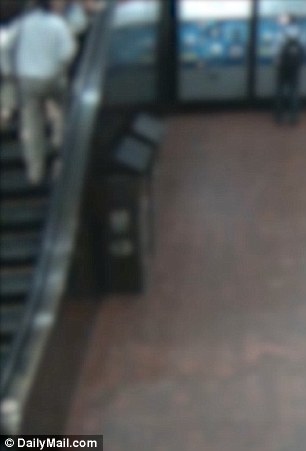 The married man is seen from another angle following the woman (left). On the right you can see him bend down to take the picture. The flash is reflected on the side of the escalator 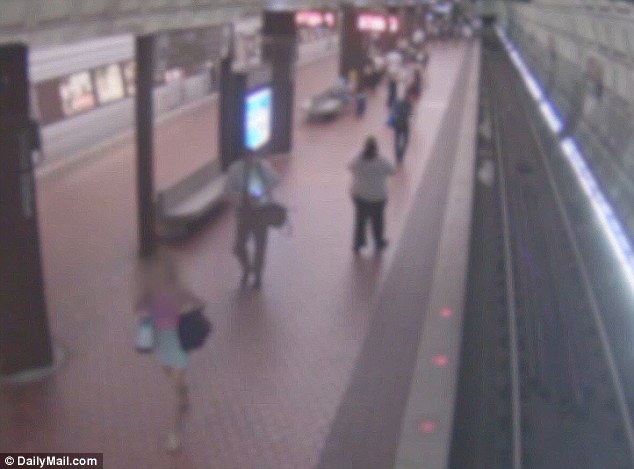 The video footage of taken on July 5, 2016, contains five segments, put together as part of the Metro Police Transit Department (WMATA) investigation into Mendoza’s conduct. This clip shows him following the woman, who has not been named, on the platform

Mendoza became the executive director of the White House Initiative on American Indian and Alaska Native Education in December 2011, when President Obama created it by executive order. 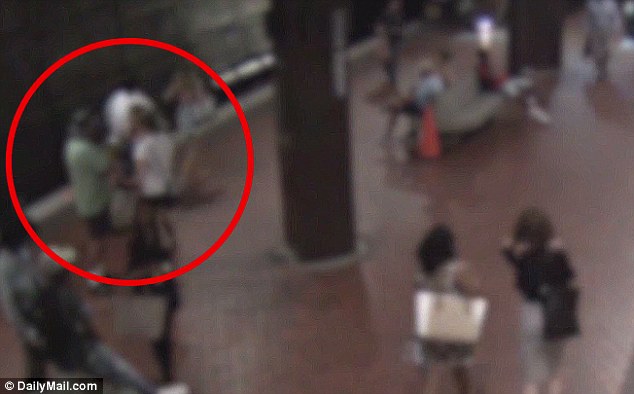 In the video, the Native American activist is seen closely following the victim on the platform from another angle

One of the victims was wearing a ‘short jeans skirt’, as seen in the surveillance video, and the other had ‘extremely short cut black shorts’, according to police. 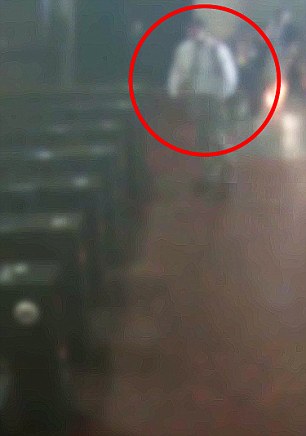 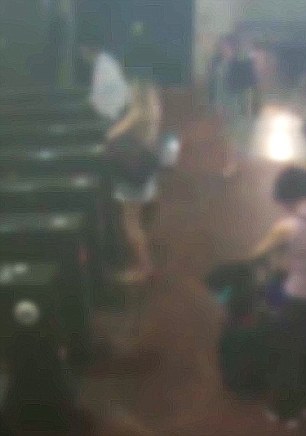 Part of the investigation was analyzing the security footage before it was obtained by DailyMail.com.

On November 25, 2016, before the Office of the Inspector General finished their probe into his conduct, he resigned. 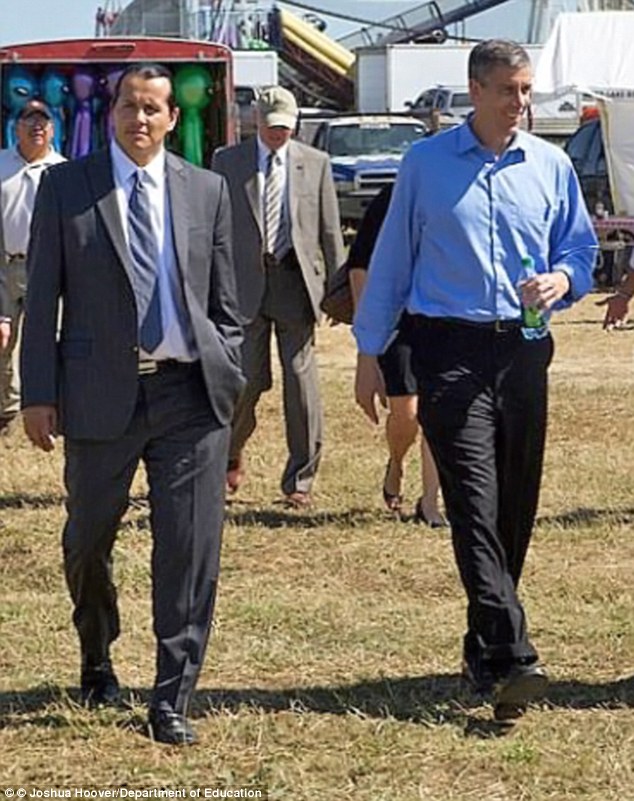 Mendoza is seen left alongside former Education Secretary Arne Duncan at the Rosebud-Sioux Tribal Fair in 2011 where Obama met Native Americans. Mendoza resigned just before the Department of Education could launch their own investigation into his sexual misconduct and pleaded guilty to the charges in January 2017

Mendoza was also given one year probation and a $100 fine. After he pleaded guilty he sought treatment.

The voyeurism scandal wasn’t the only time Mendoza came under scrutiny for his conduct during his time in office. 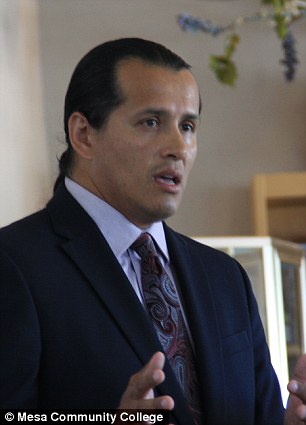 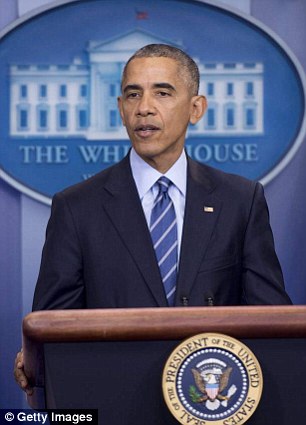 Mendoza (pictured in 2016) pleaded guilty to a charge of attempted voyeurism in January 2017, was given suspended 90-day prison sentence, one year’s probation and was fined $100. He has not worked in public office since stepping down from Obama's administration 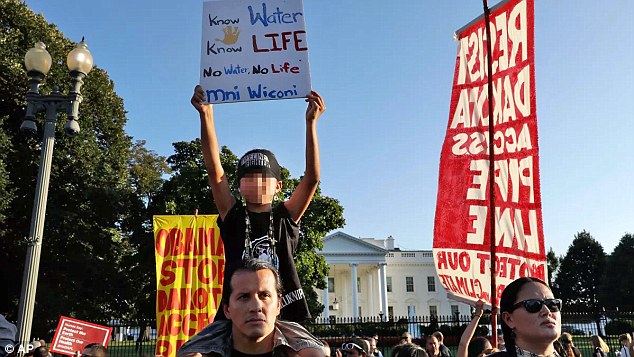 He was not arrested, and has never been accused of criminal wrongdoing in relation to the confrontation with Dahl.