While the big news of the day was that New England Patriots owner Robert Kraft was named as one of those involved in a prostitution sting in Florida, NBC News reported that he’s far from the only one named in the Orchids of Asia Spa bust, and may in fact "not be the most famous person involved."

According to ESPN, while Kraft's naming in the prostitution bust prompted shocked gasps - with many asking why a billionaire would resort to a $75/hour day spa to satisfy his basic urges - he is reportedly not the most famous person, as "there’s someone else whose name hasn’t surfaced yet who’s better known than Kraft."

“I’m also told that Robert Kraft is not the biggest name involved down there in South Florida,” Schefter said.

According to Schefter, another 175 names to be revealed, in addition to the 25 people already named in the police report with up to 200 names in total involved in the investigation. 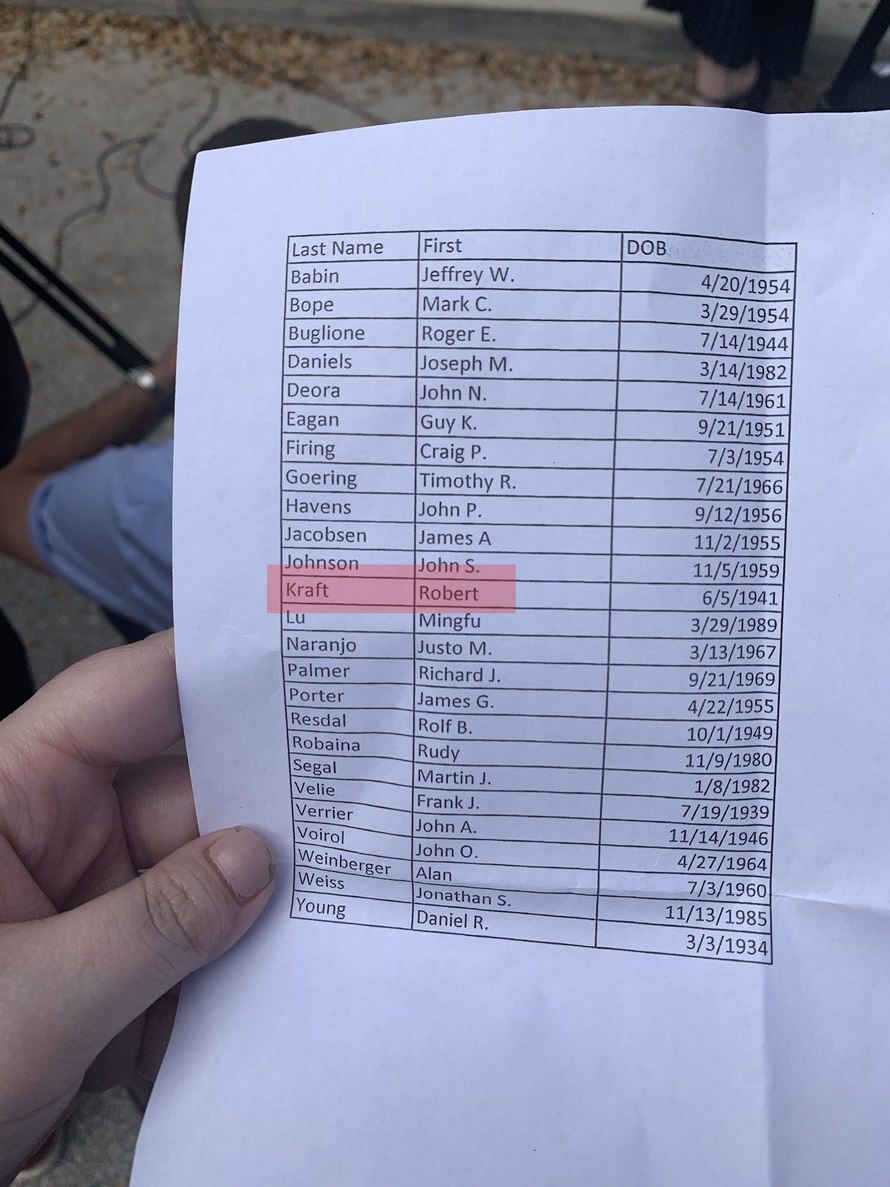 "This is an investigation that has been going on for months," Schefter said.

“What I have been told is that there are other people involved. There are other names that will come out in this particular investigation,” Schefter added.

“We got 25 names today, there are 175 more names coming. Now some will just be regular people whose names we don’t know. But there could be other names that we do know, and that’s how it was explained to me,” Schefter said.

As reported earlier, Robert Kraft was charged with soliciting a prostitute. He has categorically denied those charges and say they are untrue.”

Meanwhile, by its very location - Jupiter is one of the world's most exclusive zip codes with Tiger Woods living just a few miles away in a house which cost over $40 million back in 2006 - the list of clients virtually assures to be the "who's who" of high society.

Sure enough, shortly after the Kraft news broke, Bloomberg reported that Wall Street legend John Childs, whose name was not on the list released by Jupiter police, was also charged with solicitation of prostitution.

Childs, who of course is the founder of the iconic private equity firm J.W. Childs Associates, was among 165 people that were charged by the Vero Beach Police Department in Florida as part of the multijurisdiction criminal investigation, according to the police website. His was among the photographs released by the department. 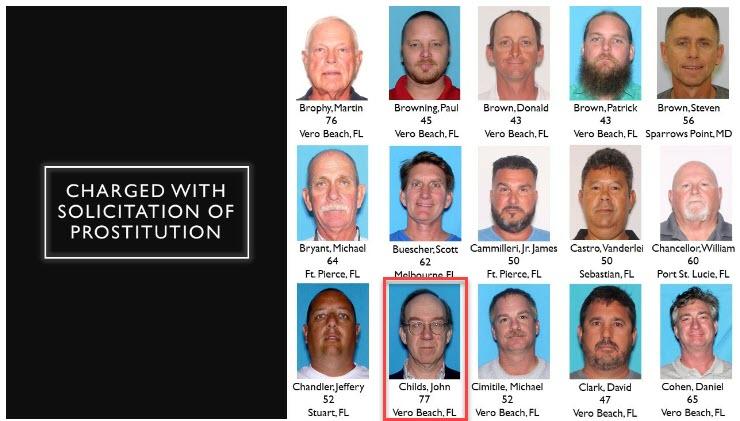 "I have received no contact by the police department about this charge,” he told Bloomberg in a telephone interview. Childs founded the Boston-based private-equity firm in 1995. The firm has invested about $3.7 billion of equity capital in more than 50 businesses. Childs has owned a home in Vero Beach for more than a decade, according to public records.

“The accusation of solicitation of prostitution is totally false. I have retained a lawyer” Childs said.

Vero Beach Police Public information Officer Bradley Kmetz said “we are working in conjunction with numerous jurisdictions and local agencies to try to arrest all subjects we have active charges on. We encourage people who have active arrest warrants to turn themselves in", although for some of the billionaires on the list that may be a generous, if unacceptable, offer.

And while there will hardly be any criminal consequences for Childs, his wife may have some plans to make his life rather complicated.

He is not the only one who will lose some sleep over the coming days. One other Wall Street icon who will wish he never heard the name of Orchids of Asia Spa, is John Havens, the former president and COO of Citigroup, who has also has been caught up in the prostitution bust.

The names of Havens and Kraft were on the original list of 25 men being charged for soliciting prostitution from the infamous Jupiter day spa. The entry on the list released by police matches Havens’ middle initial and date of birth. Havens has a home in Florida near Jupiter.

When Bloomberg called Havens, a man who answered the listed phone number said "I have no idea what you are talking about." He then hung up and additional calls weren’t answered.

Havens, 62, took over as Citigroup’s president in 2011 after leading the bank’s investment banking and trading arm. Havens rose through the ranks in a two-decade career at Morgan Stanley, where he worked closely with Vikram Pandit. The pair started the hedge fund Old Lane Partners LP and then joined Citigroup when it bought the fund in 2007, with Pandit rising to chief executive officer of the bank shortly after.

As Bloomberg reports, havens helped navigate Citigroup through the 2008 financial crisis, which it survived with the help of a $45 billion taxpayer bailout. After Havens resigned from Citigroup - on the same day Pandit quit in 2012 under pressure from the bank’s board- he has served as chairman of Citigroup’s former hedge-fund arm, Napier Park Global Capital, and joined the board of advisers of Money360, a commercial real estate lender.