A Title IX case at the University of Cincinnati—rife with legal, anatomical, and emotional improbabilities—illustrates the potential excesses of policing sex on campus.

Is it possible for two people to simultaneously sexually assault each other? This is the question—rife with legal, anatomical, and emotional improbabilities—to which the University of Cincinnati now addresses itself, and with some urgency, as the institution and three of its employees are currently being sued over an encounter that was sexual for a brief moment, but that just as quickly entered the realm of eternal return. The one important thing you need to know about the case is that according to the lawsuit, a woman has been indefinitely suspended from college because she let a man touch her vagina. What kind of sexually repressive madness could have allowed for this to happen? Answer that question and you will go a long way toward answering the question, “What the hell is happening on American college campuses?” 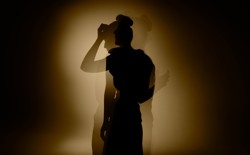 The Murkiness of Sexual Consent on College Campuses

The substantive facts of the case come to us only through a lawsuit, one that has thus far implicated everything from Title IX, the Sixth Circuit Court of Appeals, and the United States Constitution to “slut shaming” and good old-fashioned horniness. But not superhorniness, because—as with many high profile cases involving the infinitely expandable concept of “college sexual assault”—the actual encounter exists as merest prologue to the massive novel of ideas that followed it.

The event in précis, as summarized by Robby Soave of Reason magazine:

“Male and female student have a drunken hookup. He wakes up, terrified she's going to file a sexual misconduct complaint, so he goes to the Title IX office and beats her to the punch. She is found guilty and suspended.”

The image that this conjured—of a couple waking up in the fetid bed of blackout sex, coming to the hideous realization of what happened and then lacing up their running shoes for a mad race across campus to the Torquemada of Title IX—is not just amusing, but offers a potentially useful precedent to the nation’s college men. The race is not always to the swift, but the functionaries of the college sex panic have an obdurate habit of determining that the victim of a blearily remembered amorous encounter is the person who decides to report it, with all ties broken by the one who reports it first.

But the lawsuit filed by the young woman introduces a complicated subplot. Both students are members of the campus ROTC, it says, and the young woman previously accused a third ROTC student of sexual misconduct. The suit claims that this produced a Title IX complaint, and forced the discharge of her alleged assailant from the ROTC program. And it asserts that the young man who made the latest report did so not as a means of self-preservation but as revenge for what happened to his friend. (Neither of the men in question is identified by name in these filings, and so they could not be reached to respond to these claims. The university’s Title IX office declined to say whether they had disputed these specifics, or to comment on either Title IX proceeding.)

With the stage thus set, let us journey to fair Verona on the Ohio, and to the tale of star-crossed lovers as it is told by the potentially unreliable narrator of Case Number 1-18 –cv—312 in the United States District Court for the Southern District of Ohio, Western Division. A September night, a campus party, and two students—Jane Roe and John Doe—meet up. Both are hammered (vodka and beer for her, schnapps and beer for him) but John is apparently more hammered, because Jane offers to walk him home and he agrees. They arrive at his apartment and Jane fusses over him, offering water and ibuprofen for his injured foot. One or both fall asleep, but awaken briefly for a moment of fumbling. It ends with Jane politely asking, “Is there anything else you want to do?” and John taking a hard pass. Two days later, John makes his report and the campus investigator intrudes into the private lives of adult college students, with the result that Jane is suspended from the university “indefinitely”—meaning until John’s eventual graduation, for he has been afforded the full range of protections recommended for college sexual-assault victims, including not having to share the campus with his assailant.

It would take the combined talents of Judd Apatow, Margaret Atwood, and a parish priest to make meaningful sense of this episode and its punishment, but we will forge ahead with only the facts as Roe presented them in her court filing. (I spoke with the University of Cincinnati spokesman Gregory Vehr, who invited me to stop by next time I was in Ohio to see all of the great things that were happening on campus and emailed me a statement: “The University of Cincinnati focuses on the well-being of our entire university community and makes every effort to provide an equitable process that respects everyone’s rights and accommodates their needs. Due to federal confidentiality requirements, we cannot address the specifics of any individual case. Our goal, as an educational institution, is what’s best for all of our students in terms of safety, equity, and support.”)

By some kind of weird alchemy involving the sum of its parts, this strange little event manages to hit upon almost every troubling aspect of the way that these cases are interpreted and punished on the contemporary campus. It proceeds from the assumption that if two drunk college students make out, one of them—and only one of them—is a victim of the event. It resulted in a fairly common but extremely severe consequence meted on students found guilty of very minor offenses—banishment from the university until the complainant graduates. And it suggests how easily the system can be manipulated by a student with an alleged grudge.

It is Jane Roe’s good fortune to have as her attorney Josh Engel, whose practice is largely centered on suing universities—including, on five occasions, the University of Cincinnati—on behalf of plaintiffs who faced discipline for sexual misconduct by campus disciplinary proceedings—all of whom, until now have been men. In the lawsuit, he cites a recent and underreported ruling from the Sixth Circuit, which has significant relevance to the large number of campus sexual-assault proceedings involving two drunk students. Doe vs. University of Miami found that a school acts in a discriminatory manner when it finds that both a male and a female student are intoxicated and engage in sexual activity yet chooses only to discipline one of the students. As Engel told me, “From a constitutional standpoint a public school violates the equal-protection rights of their students when there is no rational basis to differentiate between male and female students. The court found that even if only one student makes a report, if the school possesses knowledge that both were intoxicated, “the school has an affirmative obligation to investigate both students for misconduct without waiting for a ‘report,’” Engel said.

In other words—college students and administrators take note—the days of blaming one person (almost always the man) for a no-harm, no foul, mutually drunken hook up may be coming to an end. It was a ridiculous standard, one that that infantilized college women, demonized male sexuality, and was responsible for harsh punishment meted out to an unknown number of college students, almost all of them male. It trivialized something grave: sex crime. And because it poured all of these experiences through an interpretive system that forced women into the role of passive victims and men in that of aggressive predators, it has helped stoke understandable resentment among young men on campuses across the country.

We are left with one central question: Why, exactly, did John Doe make his report? It is possible, of course, that he legitimately felt himself to have been violated by a sexual predator. Alternatively, he may have been motivated either by self-preservation or revenge. Whatever inspired him, one thing is clear: The system as it currently exists has burrowed itself so deeply into the private sexual behavior of adult students that it stands as a hovering third party to every intimate act, a monitoring, prurient, vengeful force.

A half-century ago a group of American college students realized that the American university had assumed a role in their lives that was fundamentally at odds with their constitutional right to live in freedom. They wanted personal freedom, political freedom, sexual freedom. They wanted to take their chances in life and be answerable only to the law and to their own consciences, not to the politically narrow and sexually repressive standards of a committee of campus bureaucrats. They wanted the university out of their private lives. For young women in particular—their virginity endlessly protected and fetishized by institutional protocols that included curfews, parietals, chaperones, dress codes, and letters to Mother sent by concerned deans of women—sexual freedom, with all of the excitement and danger and pleasure and deep risk that is attendant to it, could only be theirs if the university got out of their bedrooms and let them make the sexual lives they wanted.

Now, in many regards, universities monitor the sexuality of their students more intrusively than in the 1950s. There are fulltime employees of American universities whose job is to sit young people down and interrogate them about when and where and how they touched another person sexually, and how it felt, and what signs and sounds and words and gestures made them believe that consent had been granted. This was how homosexuals used to be thrown out of schools and sports teams and the military; this is how young women were punished for acting on their sexual impulses by a wide variety of American institutions in the past. This is beyond the overreach of the modern university; this is an affront to the most essential and irreducible of all of the American ideas: the freedom of the individual.

A long time ago, Mario Savio stood on the steps of Berkeley’s Sproul Hall, his audience a crowd of kids who were in many regards conservative; some had crew cuts and curfews, many others shared an unexamined faith in the political promises of Barry Goldwater, but all of them had this in common: a gathering awareness that the university assumed a role in their life that was oppressive and fundamentally anti-democratic. Savio’s famous words are the stuff of street poetry: “There's a time when the operation of the machine becomes so odious, makes you so sick at heart, that you can't take part! You can't even passively take part! And you’ve got to put your bodies upon the gears and upon the levers and upon all of the apparatus—you’ve got to make it stop!”

That time is coming again on American campuses, as the strongest and smartest and bravest among the students are beginning to realize that the beliefs and practices that dominate these places are irrational and hugely political. These new students are waking up, resisting, fighting back, in all sorts of areas of college life. The administrators want to crush them, but the wind is at their back. The progressive left has all the power on campus, but this unfolding awareness on the part of these counter-revolutionaries has its own unassailable power: truth, logic, and reason.